Desi Baron studied the dagger she stole from a pirate. Its blade was sharp, long enough to stab the eye of a dragon, and the hilt felt comfortable in her hands. It was her most trusted weapon, but she fought large monsters during her adventures across the Broke Kingdom. She felt it was time to get another weapon, should she need to defend herself against a ten foot, dumbfounded, clumsy ogre. And the dagger wouldn’t cut it.

Desi knew squat about weapons. She had spent most of her life on her faraway island, a spec of sand in the ocean. “I can’t believe I gotta talk to this shrimp,” Desi thought, when she realized the one person she could turn to was Walton Boshire, the only knight in the kingdom. She didn’t quite look up to him, for she, standing at five foot five, couldn’t help but have to look down at Walton’s frame of three-foot-six.

Waltzing into Castle Graystone without permission, Desi headed straight to the place she believed the knight would be: the mess hall. There, Walton was eating chicken, peas, carrots, spinach, some sort of stew that looked like it had been cooked too long, and a thick loaf of rye bread that was too large for both his hands.

“Hey,” Desi said, interrupting Walton’s chomp on a chicken leg. “When you’re done stuffing your face with that swill, I need you to show me some new weapons.”

Walton dropped the chicken leg from his mouth. At first he was amazed that this former thief would just come into the castle, but he was elated that she sought out his advice. “You’re asking me about weapons?” He paused and realized he should take this opportunity to show off his expertise. “Of course. Are you tired of your dagger?”

Desi unsheathed her dagger and studied it. “Eh, it’s okay. I mean, we’ve certainly been through a lot. But I want something more powerful. I can only defend myself against so much with this tiny blade.”

“True. It wouldn’t stop the fist of an overgrown orc. How about my sword?” Walton held up his sword, a sword made just for his stature.

Desi laughed and said, “That toothpick? C’mon. I need something bigger than my head.”

Walton sheathed his sword, and grumbled a bit. “That’s typical of you. Fine, I’ll take you to the armory. We’ll pick out a weapon there, but no stealing.”

“Oh, yeah, like I’d steal anything from this ancient tomb.”

The armory of Castle Graystone was located in the northwest wing, on the second floor. This room was highly decorated, with red carpets, shining suits of armor, shields and swords all over, with racks of many different weapons. Daggers, spears, bows, arrows, shurikens, slingshots, and maces, all were available for use and training.

Walton pulled a double-sided ax from a shelf near the entrance. He held it with such firmness by one hand that it seemed to be weightless. This was easy for him, for Walton had trained quite a bit with weapons over his thirty plus years, and developed a system of measuring his strength and vitality with offense and defense.

Desi swiped the ax with one hand, and immediately the weight of the blades dropped and struck into the floor. “How can a shrimp like you holds this up?”

Desi sighed, for she never reached, or cared to reach, Strength Level 3, as Walton put it. “What about something lighter?” she asked. Before the knight could bring her another weapon, Desi snagged an extended pole off the wall.

“How about this spear?” Desi asked, as she swung it toward Walton. Fearing for his life, the knight made a dash and was pinned against the wall by the spear; its blade pointed right against his armor.

Walton, laughing fifteen feet away, said, “I think you should use a shorter weapon. You can’t defend yourself in close combat using this.”

Desi dropped the oversized flagpole onto the floor. “How about this?” she asked, as she pulled a bow and arrow set off the rack. She strapped the quiver onto her back, and shot arrows across the room, nearly hitting Walton several times. Desi reached for another arrow, but the quiver was empty. “I’m out already?”

Walton tapped the back of the quiver. “Perhaps you should read the instructions.”

There was a label on the top of the quiver. Desi read it aloud, “It reads, ‘In order for this quiver to hold more than ten arrows, you must find an upgrade in a dungeon. Bonus: When you find the upgrade, you’ll get a free refill of arrows.’” Desi put the bow and arrow back onto the rack. “Okay… that’s not going to do. What else do we have hanging around here?”

“How about this?” Walton asked, holding up a slingshot.

“Maybe if I was fighting a cyclops, but then I’d rather just climb up it and stab out its eye.”

“Maybe this,” Walton said, holding up a flute.

“Yeah I’m not going to bet that a lullaby will defend against a raging horde of monsters. Got any weapons that are better than that?”

Finally, Walton held up a tiny, pointed device, and said, “How about this?”

“I think I’ll stick with my dagger.” 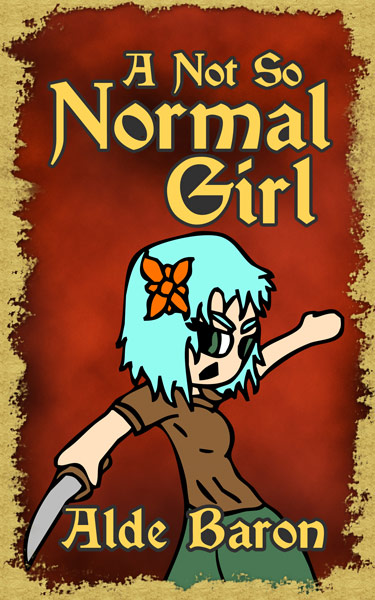 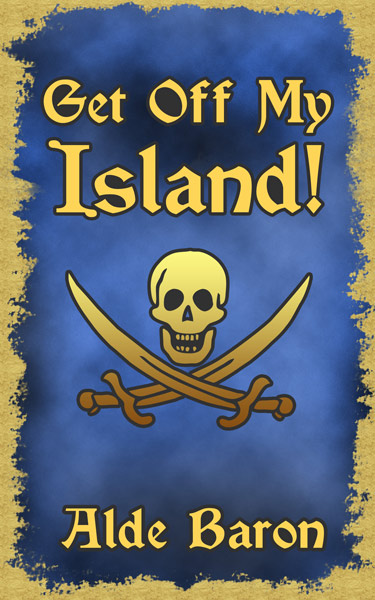